Save for Later Compare Deal Notify Me
118 viewed this deal 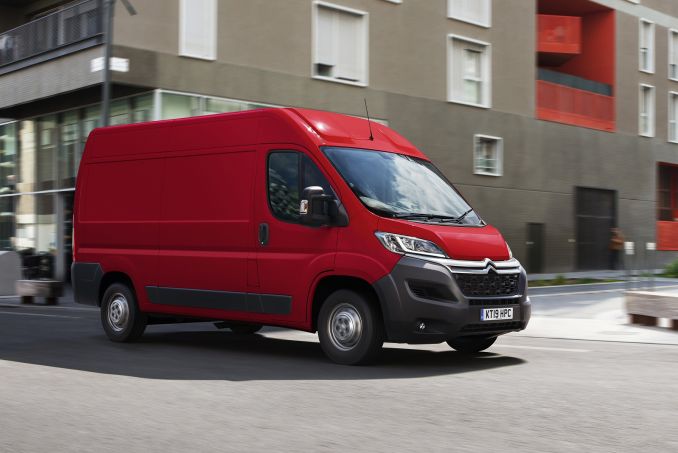 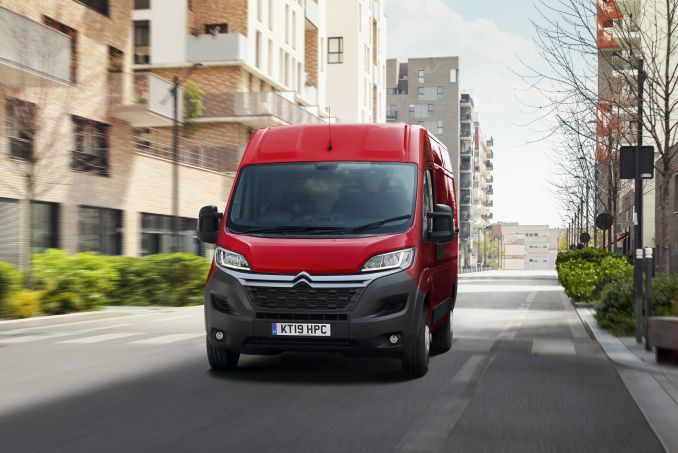 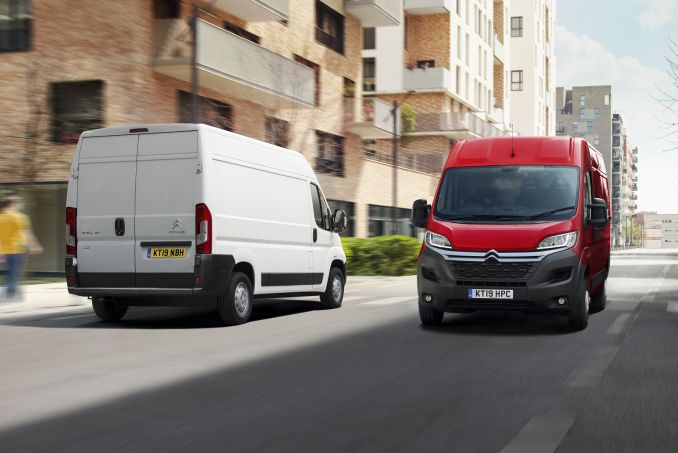 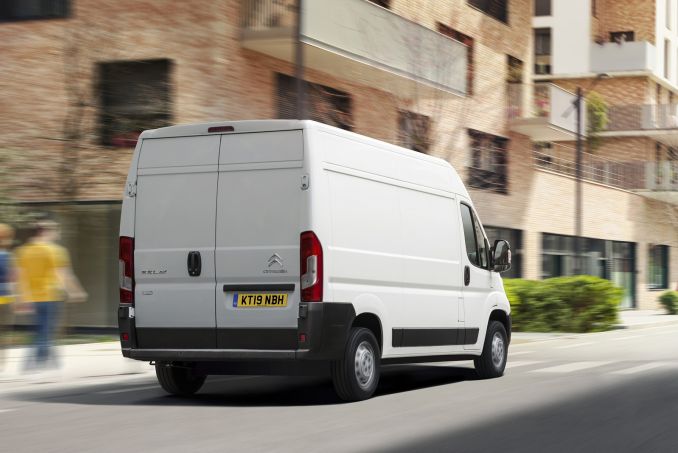 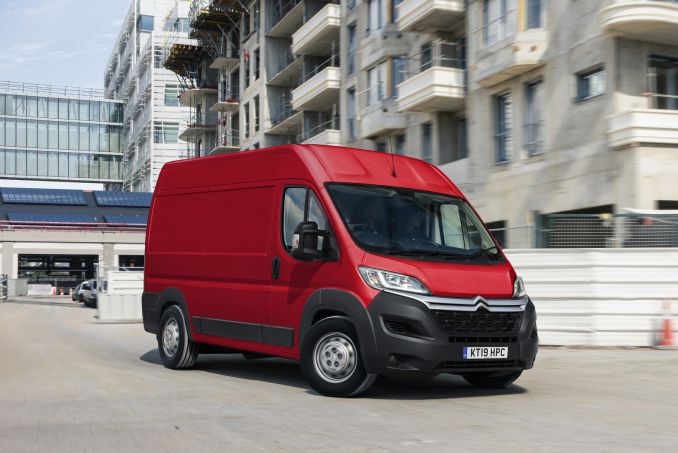 Review
Citroen is looking to boost its share in the LCV market with this improved version of their largest van, the Relay. Jonathan Crouch reports

Ten Second Review
Sharing a platform with the Peugeot Boxer and Fiat Ducato, Citroen's Relay scores with keen pricing and strong equipment levels. If you thought this sector of the commercial vehicle market began and ended with the Ford Transit, you'll find the Relay offers a wholly convincing alternative, with features you wouldn't expect at this price point.

Background
If you're looking for a large panel van, the choices are dizzying. Many manufacturers all clamour for your money, each offering a range of several hundred model permutations that, when broken down, all do much the same thing. How on earth do you make a selection and have any confidence that it's the right one? Or, come to that, even a good one? The good news first. The van market has become so competitive in recent years that the dross has been shaken out. The other factor that's going to make choosing a big van so much easier is that there are basically just four fundamental vehicle families to choose from. You can go for the trusty Transit from Ford, the high-end Volkswagen Crafter/Mercedes Sprinter package, the increasingly popular Renault Master/Vauxhall Movano/Nissan NV400 tie-up or the van we take a look at here, the Citroen Relay, also sold as Peugeot Boxer and Fiat Ducato. The Relay's been with us since 2007 but the latest model looks best set to crack some seriously big numbers in the UK sales charts.

Driving Experience
Citroen certainly hasn't skimped when it comes to offering customers engine choices. It's common practice in this sector to offer one or two power outputs of the same basic turbodiesel engine. The Relay goes to battle armed with a range of four HDi or e-HDi engines. Buyers get to choose from 110, 130 and 150 PS units - and all are available mated to six-speed, all-synchromesh manual gearboxes. The 130 engine is also available in e-HDi format with Stop & Start on selected versions. All engines are of 2.2-litre capacity and have been optimised for better fuel economy. Citroen has also listened to feedback from existing Relay users who expressed a concern that road noise in the cabin was higher than the class benchmark and the latest Relay features redesigned shock absorber mountings to reduce the amount of suspension bump and thump entering the cabin. The brakes have been beefed up as well, with dimensional and tolerance changes to make them more effective. They're quieter in operation as well.

Design and Build
Think of this as a fairly comprehensive refresh on the old Relay and you won't be off the mark. The front end now features large high-mounted headlights incorporating daytime running lights. It also incorporates a new grille and chevron design as well as a multi-piece front bumper to minimise accident damage and reduce repair costs. Climb inside and you'll be greeted by better quality cab trim and a different dashboard layout. The Relay features a dual passenger seat incorporating a drop-down desk unit. Up to ten in-cab storage areas are available, including the glovebox, a dash-mounted document clip and various open or lidded compartments on the dashboard. In addition, there are large door pockets, storage space beneath the passenger seat and a sizeable 22-litre overhead storage compartment. There's been a clear effort not just to improve the perception of quality in the cab but also to beef up high use, high stress items such as the rear doors. These have been reinforced and higher strength door hinges are now used. Similarly, the sliding side load doors have benefited from reinforced rails, re-designed runners and improved door locks - all of which raise durability and security standards.

Market and Model
Prices open at around £19,500 excluding VAT for a 30 L1H1 110 6-speed manual and top out at just shy of £28,000 for a 35 Heavy L4H3 HDi 130in Enterprise trim. The Enterprise gets the touch screen, air con, parking sensors, cruise control and a perimetric and volumetric alarm as standard. All Relay models get dark grey and black & red twill seat cloth, and have a re-styled dashboard that can incorporate a 5-inch colour LCD screen for the media system and an optional reversing camera. That's on top of electric windows and electrically operated and heated door mirrors are standard, together with DAB radio; steering mounted audio controls and Bluetooth system. To ensure a comfortable driving position, the steering wheel adjusts for both rake and reach. There's also the Trafficmaster telematics platform fitted as standard that includes Smartnav intelligent sat nav and Trackstar stolen vehicle tracking.

Practicalities and Costs
What does all that jargon in the model names actually mean? Well, the junior Relay is the L1H1 (short wheelbase, low roof) panel van which can be specified in 3.0 and 3.3 tonne gross weights, and has a load space volume of 8.0 m3. Despite this being the smallest van in the range, it still has a load length of 2670mm, an internal load compartment height of 1662mm, a maximum load width of 1870mm and a between-the-wheel arches dimension of 1420mm - wide enough for an 8ft x 4ft sheet to be loaded flat on the floor. Graduate to the medium wheelbase L2 model and you can get both standard and high roof formats, giving respective load volumes of 10m3 and 11.5m3. The New Relay L2 panel van has a load deck length of 3120mm and either an interior load height of 1662mm (H1) or 1932mm (H2). It can also be specified in 3.3, 3.5 and 4.005 tonne gross weight versions. Should you really need some capacity, the long wheelbase L3 format will be the ticket. In this configuration, the New Relay van has a load deck length of 3705mm and an internal load height of 1932mm, which gives a 13 m3 capacity. The largest Relay panel vans are the 3.5 and 4.005 tonne L4H2 and L4H3 models, which have a load deck length of 4070mm. These are produced in 'Heavy Specification' with 16-inch wheels and tyres, and uprated heavy duty rear suspension. In L4H2 format, the New Relay has a load volume of 15m3, which is increased to an impressive 17m3 for the L4H3 model. The 2.2 litre turbo-charged diesel engines offer better fuel economy than before, the Relay 30 powered by the HDi 110hp engine returning a creditable 41.5mpg. This rises to 42.8mpg for the same van with the Stop & Start-equipped e-HDi 130 engine. All Relay panel vans of up to 3.5 tonnes have sub-200g/km CO2 emissions, which reduces to 175g/km for the Relay 30 e-HDi 130 powered model.

Summary
The Citroen Relay probably isn't going to be the first choice that springs to mind when you're building a preliminary shortlist for a large van, but it definitely deserves to be on your list. The basic van itself is extremely tough and well equipped, and from that point, you can specify a variety of options packs as required. Citroen has clearly thought long and hard about reducing operator costs. The service intervals have gone out to two years or 30,000 miles. There's also a flexible warranty of 2 years/unlimited mileage or 3 years/100,000 miles, whichever comes first. The standard Trafficmaster system is also a real boon, allowing operators to benefit from efficient vehicle routing, avoiding traffic delays, plus there's the security of stolen vehicle tracking in the event of vehicle theft. If you thought all vans were the same, perhaps it's time you concentrated on how the manufacturers differentiate their products. On that score, Citroen's done a great job with the Relay. It deserves your attention. 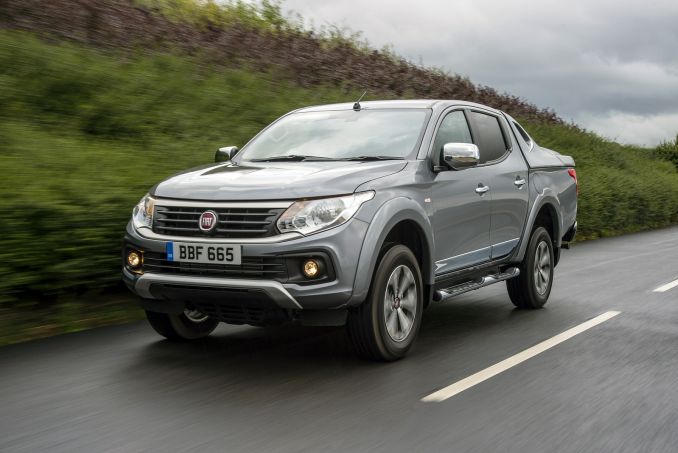 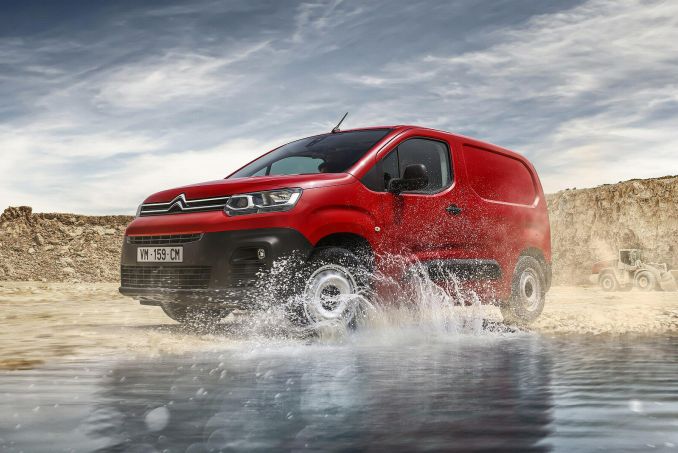 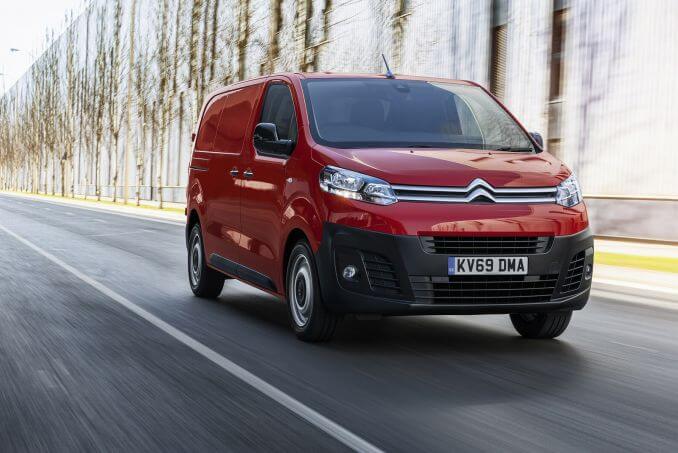 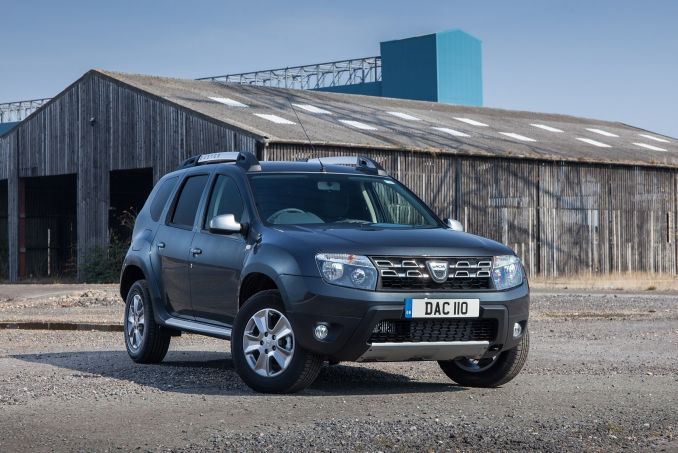